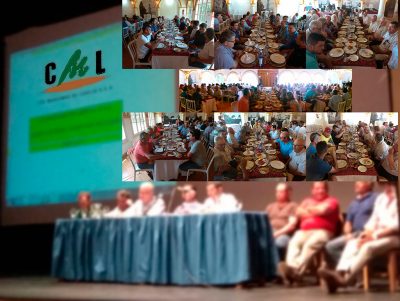 The representative members of Marismas de Lebrija SCA (President Juan Vargas & members of the Executive Board of CML SCA ) approved all the points addressed at the General Assembly giving their approval:

After the end of Assembly the traditional lunch was held,in wich the representative members could Exchange views on the content of the assembly and agroindustrial sector.